ALL IN on the BEST Fish Tacos in San Diego 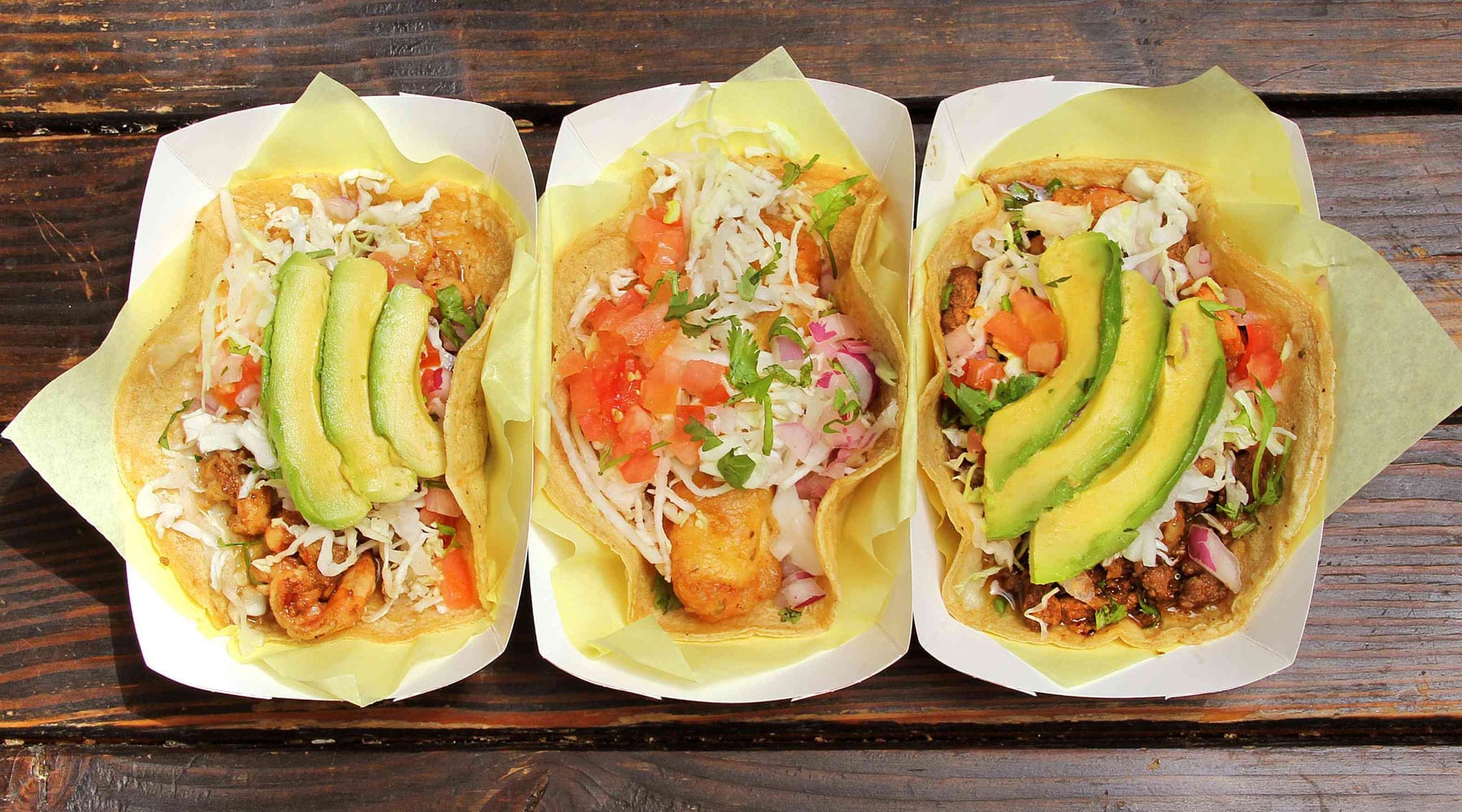 New York has its pizza. Philly has its cheesesteaks and here in San Diego, we have amazing fish tacos. You can't beat a great fish taco, but they're not as easy to come by as non-seafood tacos.

Robin from San Diego Foodie is joining us to help make a list of must try choices from all over San Diego County!

Get your fresh salsa and your lime wedge is ready - we are going ALL IN on fish tacos!

Click here to go to the episode page, or read on for all the tips!

Fish Tacos are a San Diego signature thing, and there are a lot of different kinds. But despite the fact that they're our signature thing, they're not as easy to come by as a carne asada taco or a rolled taco. There's a taco shop on every corner. Fish tacos are a little more spread out.

Also, with seafood tacos, it matters how good the place where they're sourcing their seafood from. The recipes and everything are after that. So, it's more high stakes to find a great seafood place.

The place that Robin always bring her friends from out of town is Oscar's Mexican Seafood. That's probably the standard one that's most talked about most reviewed on Yelp, but it’s for a good reason. Robin says she always like to take guests to the original location in PB on Turquoise Street. She said “I love their green sauce. I love the spicy grilled shrimp taco. The original location's a little bit more casual, not very much seating. But, it just looks like one of those, you know, hole in the wall places.” They have built a few additional locations now and the newer ones are a little bit bigger.

Casanova Fish Tacos is located in Spring Valley, within a warehouse area - it's very, very random location. They're only there a few days each week so make sure you follow their Instagram for when they're open. They have a food truck and sometimes they travel and to go to other places. So, they'll have pop-ups at different locations. The owner of Casanova fish tacos is named is Hector Casanova (hence the name). This place has been around for over 10 years. They have won a whole bunch of awards and they are at a bunch of different food festivals - they are some of the best fish tacos.

Robin said “They have really unique flavors in their tacos. The ones that are my favorites are a grilled sweet ginger fish taco and new Peruvian style taco called a pescado Santos. It's like their take on like low Mosel Tato, but it's a pescado salt Tato fish taco.

“Los Cuates” means ”twin” in Spanish. The owners are twin brothers and their restaurant is Mariscos Los Cuates, located on Third Avenue in Chula Vista. They have all sorts of delicious seafood, not just limited to tacos, but they do also have really delicious seafood tacos. Robin said “my favorite one that I tried was, is called the Perron Taco. There's grilled shrimp in it and some sort of really delicious smokey-flavored sauce. It's so good.”

They have Taco Tuesday specials – there are certain tacos you can get that are three for about $5. Great deal. On Thursdays they have all-you-can-eat for $25 for and then you can add on all-you-can-drink for an extra $5.

Mariscos Los Cuates is a great place for a date night, or a family outing even. They have really fun drinks, including these giant beergaritas, that's basically a big margarita, but  they put full beer in it as well. So, yeah.

Next is a little bit different of a place – it’s one you might have heard of. It's called Lola 55 in East Village, near downtown. They have a bunch of really delicious tacos. They have some veggie tacos and their ribeye taco is fantastic, but they also have a Baja fish taco. It's lightly battered, they have a remoulade sauce that comes with it, a chorizo tomato vinegarette, pickled serrano and then purple basil. The flavors are just fantastic together - it's absolutely delicious. And Lola 55 received a Bib Gourmand award from Michelin. It's not exactly a Michelin Star, but Michelin gives them to more casual restaurants with good quality and good value cooking. Their fish taco is probably a good reason for them getting it.

Lola 55 is a really good date night spot - the feel of this place is a little bit less casual. They have a full bar, really, really good drinks and they do have a happy hour too. It feels high-end, but the tacos are reasonably priced.

Another popular place is Fish Shop - PB Fish Shop, Point Loma Fish Shop, and Encinitas Fish Shop. There's three of them, and they are consistently good. They're a little bit on the pricier side, especially when compared to some of the other ones here. But this place you can customize your fish taco, which is really great. The first step would be that you choose your fish.  They have options like Ahi, lobster, scallops, and also traditional fish options like mahi mahi, swordfish, and all sorts of different options.

And then you pick your marinade. Two that stand out are their Fish Shop’s Seasoning, which is absolutely fantastic (Robin said “I feel like I could put it on every single thing and it would make it better.”) and garlic butter. And then, the final step is choosing if you want it as a taco, sandwich, salad or plate. Fish Shop also has a bunch of pre-made tacos too, if you don't want to think about it.

This is a great place for if you're looking for a casual date night spot, good for families as well. They have some really delicious cocktails. And, if you like oysters, they have a $1.25 oysters every Thursday starting at 4:00 PM.

Robin had two Taco Tuesday spots. She said one of her very favorite taco Tuesday spots is Sandbar in Mission Beach. They have two levels, both floors have TVs for watching sports. And they have drink specials, margaritas and beers on Tuesdays. It's a rooftop and it's really close to the water, right on Mission Beach by the big rollercoaster. Sandbar is specifically known for their TKO Taco. They make it with a delicious Chipola aioli sauce, and add a beer brine slaw with lime crema, and then use spicy guacamole to give it just a little bit of a kick. And the best part, which is the crispy onion strings and they also add a little bit of fried cilantro too. You get a little bit of crunch in your texture and you can choose which protein you want.

Sandbar is a lively spot, especially if you go on a Tuesday or a weekend, so it's good for a fun night out with a group of friends.

The other Taco Tuesday spot is South Beach Bar and Grill in Ocean Beach. This is the place to go if you want great views. It is located right on the water and they have two levels. You can sit on the balcony facing the ocean and it's beautiful. They have really great taco Tuesday specials as well as taco specials on Thursdays.

This was AJ’s favorite fish taco spot. Fish District is family-owned and there are now six locations around Southern California and they have killer fish tacos. You can choose from several different kinds of fish, several different sauces. Every one of them is really good. And it's super family-friendly.

AJ’s other favorite fish taco he would have bet a paycheck Robin wasn’t going to mention it cause it's just an Irish bar and you don't go to an Irish bar for a fish taco. But you should go to McGregor's in Mission Valley.

The fish taco is the thing to get. The fish is just cooked perfectly, they put a nice little sauce on there. They do put a cheddar cheese on there, which is not traditional, but you're at an Irish bar. Relax and enjoy a pretty good fish taco.

Pt. Loma Seafoods - you can't beat the view. And it's one of the only places where I would go and actually choose to order a tuna salad sandwich.

Los Olas is like our go-to spot. When we want to go out for some delicious Mexican food, it feels really special because you cross the street and you're on the sand. When you put your name in, it's always going to be a little bit of a wait cause it's a tiny place, and that's just how it goes. So, you just walk across the street, you go to the sand, you walk around on the beach for 20 minutes and you come back and your table's ready. Love Los Olas. They have really good drinks too.

In San Diego we're blessed with so many great food choices, and not just fish tacos! One of the best ways to get inspired to try something new is to follow people like Robin on social media. So, follow her on Instagram, she shares a lot more than fish tacos and she's got some great recommendations

There is so much more in the podcast episode, so be sure to check out the episode page! 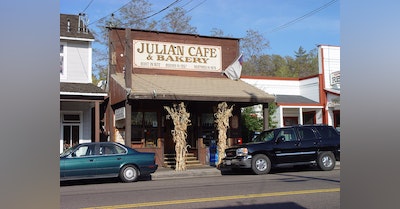 8 Tips For Your Road Trip To Julian

Us San Diegans love a day trip to Julian. However because it's something we most of us do only once or twice per year it's hard to feel like we REALLY kn… 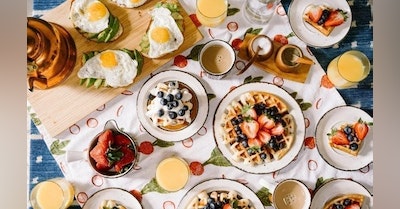